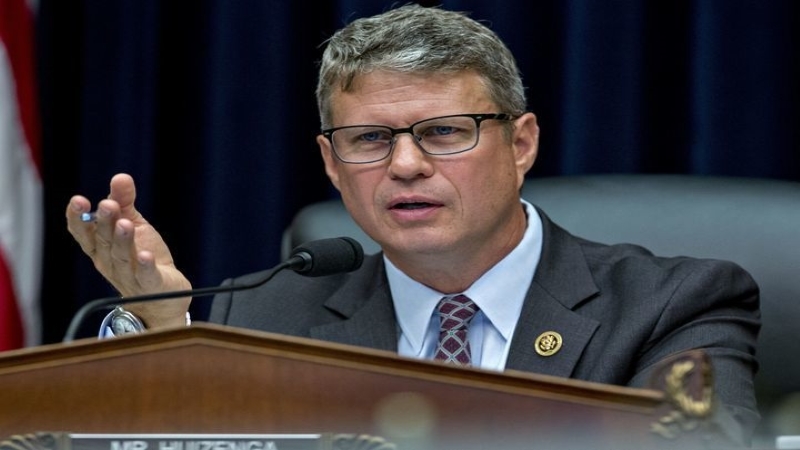 U.S. Rep. Bill Huizenga (R-Zeeland) gave FOX 17 an interview about the proposed packages of bills for COVID-19 relief. President Donald Trump has signed two packages of bills aimed at economic relief during mass closures and cancellations amidst the pandemic. Huizenga offered his opinion about phase three, which is geared toward businesses and individuals.

“Nobody could have planned for what has been happening, you know, having all of these restaurants shut down, having all of the movie theaters shutting down. Having retail areas being told that, you know, you can only have half the customers that you had previously,” Huizenga told FOX 17.

In a statement provided on the Michigan House Republicans website, Huizenga said that he supported an emergency bill that funded $25 million towards COVID-19 testing supplies, virus monitoring and infection control. He also encouraged people to practice social distancing, clean frequently touched surfaces, stay home if sick and to wash hands often with soap.

The statement said that the governor has implemented a state emergency operations center that coordinates with state, local and federal agencies. The previous two bill packages had budgets for free COVID-19 testing, provisions for many workers for up to two weeks of paid leave if they are being tested or treated for the virus, and money for WIC (Women, Infants and Children) and SNAP (Supplemental Nutrition Assistance Program).

Last Thursday, a $1 trillion stimulus plan was introduced by Senate Majority Leader Mitch McConnell (R-Ky). This comprises $1,200 rebates for Americans who made less than $75,000 last year, as well as billions in loans for small businesses and airlines, which have been negatively affected by the pandemic.

Want to get notified whenever we write about U.S. Representative Bill Huizenga (MI-2) ?

Sign-up Next time we write about U.S. Representative Bill Huizenga (MI-2), we'll email you a link to the story. You may edit your settings or unsubscribe at any time.